That’s a creepy title, right?  Well, it’s very befitting of what remains (even after 54 years), a very creepy film.

The faceless eyes of the title belong to Christiane, the unfortunate daughter of brilliant surgeon, Dr Génessier.  Christiane’s face was disfigured, nay destroyed, in a car accident and now her father is determined to give her her life back, by perfecting the human face transplant.  This being 1960, Génessier is somewhat ahead of his time, having determined that the only way to find a new face is to take one from a living girl. 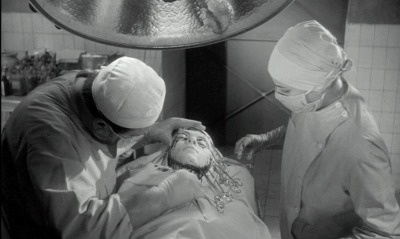 Eyes Without a Face has held up remarkably well.  I can imagine how shocking it must have been to audiences in 1960.  It’s so different the horror that they’d have been used to – classic monster movies and alien invasions being much more the order of the day.  Eyes Without a Face, is essentially a ‘mad professor’ story (think Dr Frankenstein).  Instead of creating  a monster, the Dr wants to perfect the human face transplant in order to restore his daughter.  His terrible endeavours are borne of a deep-rooted guilt at causing the accident that disfigured her.  And it seems, his love of the beauty she once had.  There’s also a sense that his actions are motivated by his vanity and pride.

Dr Génessier is assisted by the mysterious Louise.  A middle-aged woman who identifies the victims and brings them to the doctor.  We know little about her, only that she is unfailingly loyal to the Dr, and that she is beholden to the doctor for helping to restore her own looks.  The thing that makes Louise so monstrous is the fact that she’s a woman.  The victims are inherently trusting of Louise, because as a woman, they couldn’t possibly conceive that she poses a threat.  We may all have it drummed into us as children – don’t talk to strangers – but it’s the strange man we’re taught to be wary of.  What this film teaches us is that sex discrimination can be fatal! 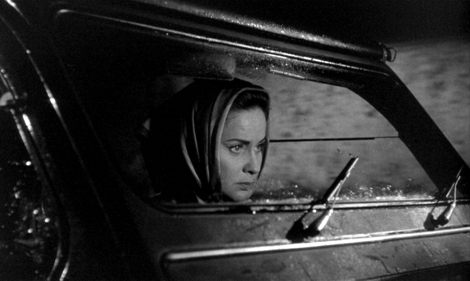 As for Christiane…her ruined face is shown to be terrifying to the girl who sees it, but perhaps even more frightening is the mask she usually wears.  The one that makes her look like a shop window mannequin or one of those terrifying porcelain dolls my nan kept in the spare room.  You know, the type?  Anyway…as she glides through the mansion where she lives with her father (the mansion that now doubles as her prison), she cuts a truly disturbing figure.  This is superficial though, and we get to see glimmers of the girl she must have been, which reminds us that she is just a girl. 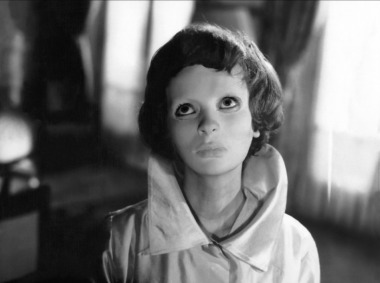 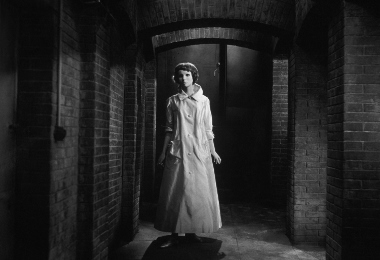 We feel empathy for Christiane and her awful predicament (that word doesn’t have the necessary gravity but it’s the only one I can think of), we want the transplant to work – partly for Cristiane, but more than that, to stop the doctor from seeking a new (unwilling) donor.  The most frightening thing about Christiane isn’t her appearance though, it’s that she is complicit in her father’s actions.  She knows what he’s doing, and that each time he attempts to restore her looks, another girl will die.

Eyes Without a Face is a very unsettling, almost haunting film.  It is beautifully shot, with a peculiar dream-like quality in spite of the gruesome subject matter.  It has an absolutely nerve-shredding score, too, which serves to further unsettle.  Edith Scob’s Christiane is captivating, while the other performances are all solid too.

It’s true that the scenes where the Dr is, erm, operating, are rather tame and slightly hokey by today’s standards, but this is a minor complaint.  Ahead of its time, and yet strangely familiar too, this film is a must for any horror fan.

I couldn’t find a trailer that didn’t give the whole damn story away, so instead, please enjoy this freaky piece of music from Maurice Jarre.

12 responses to “Eyes Without a Face (Les Yeux Sans Visage)” 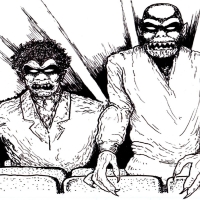