Scoring an impressive 8.3 on IMDB and 96% on Rotten Tomatoes, 2001: A Space Odyssey, is Stanley Kubrick’s enigmatic and mysterious 1971 offering.   It’s safe to say I had quite high expectations, although I made a point of never reading up on it, knowing I’d watch it one day and that I’d rather make up my own mind.  That said, please don’t read ahead if you’re looking for something spoiler free as I need to outline what happened because, well, because… 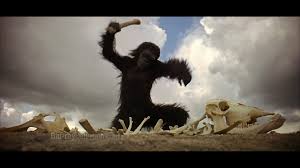 And there’s this doorway looking thing

Then 1970s sitcom stalwart, Rigsby, delivers a warning to the guy on the right in a space-age yet clearly totally ’60s lounge .

There’s an air hostess who walks up walls 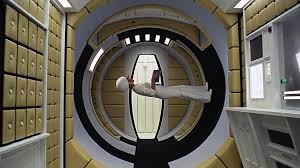 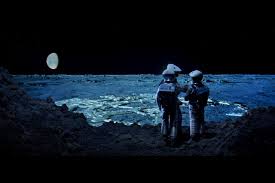 The best thing about 2001: HAL, the ship’s computer 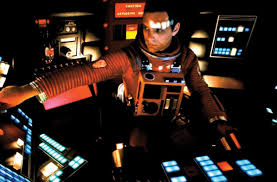 Reminds me of this

Then there’s a bit of this

Then there’s a floating foetus

I know this is a classic, but it really isn’t my cup of tea.  It’s way too long and way to slow, there’s minimal dialogue and the end?  Pff!  I concede it is beautifully shot, and I enjoyed the scenes with HAL, the ship’s computer.  I also liked the whole man v. machine business.  But really?  No thanks.

P.S.  I did read up on it afterwards and understand the whole alien intervention in evolution thing, but honestly, by that point.  I didn’t really care.